I've been a fan of the TV series Girls from the very beginning. There have been many moments when Lena Dunham's (sometimes brutally) honest depiction of just how self-absorbed and unaware young women can be struck a chord and made me realise how much I've grown up since my early twenties.

I haven't enjoyed this latest series as much. Or at least I wasn't enjoying it until I watched episode 5.

{SPOILER ALERT}
This is the episode when Hannah returns to New York to find that her boyfriend Adam has moved in with another girl, that she has been replaced in his heart and that his life has moved on without her in it. She reacts in typically over-dramatic Hannah fashion (although, to be fair, I think we'd all be just as dramatic if we discovered that our boyfriend was living with someone else and hadn't bothered to tell us that our relationship was over).

This episode culminates with Hannah and Adam having a heartfelt conversation where they discuss their past relationship and where they now stand with each other in a very open and rational way. They talk about what they had and how it's gone and how they both need to leave it behind and move on to something new - although Adam is obviously more ready to do this than Hannah is.
This entire conversation felt so real to me (though it must be acknowledged that life rarely affords us the opportunity to say exactly what we feel and think at exactly the right time as it does on TV). It touched upon the sadness we all feel when letting go of something that was special; how difficult it is to recognise when the moment is right for us to do this; the loss and heartbreak we feel when someone is no longer a part of our lives; and yet how vital it is that we make that break and move on to better and happier times.

These feelings lived on in me long after I finished watching the show and I needed the comfort of cookies. So I made these almond and ginger cookies. 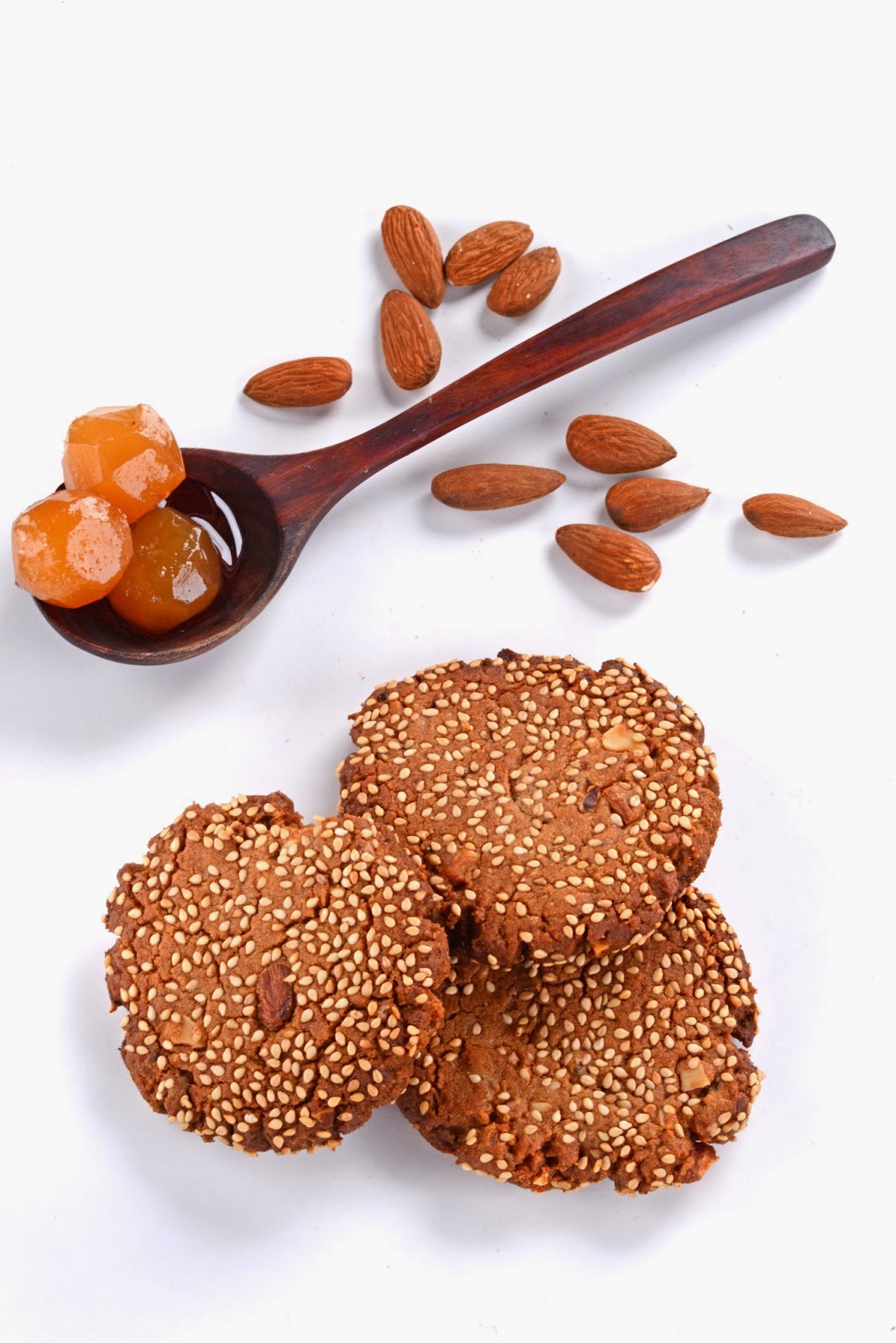 They're adapted from a Lilly Higgins recipe. (She's a Cork lady and a great baker.) 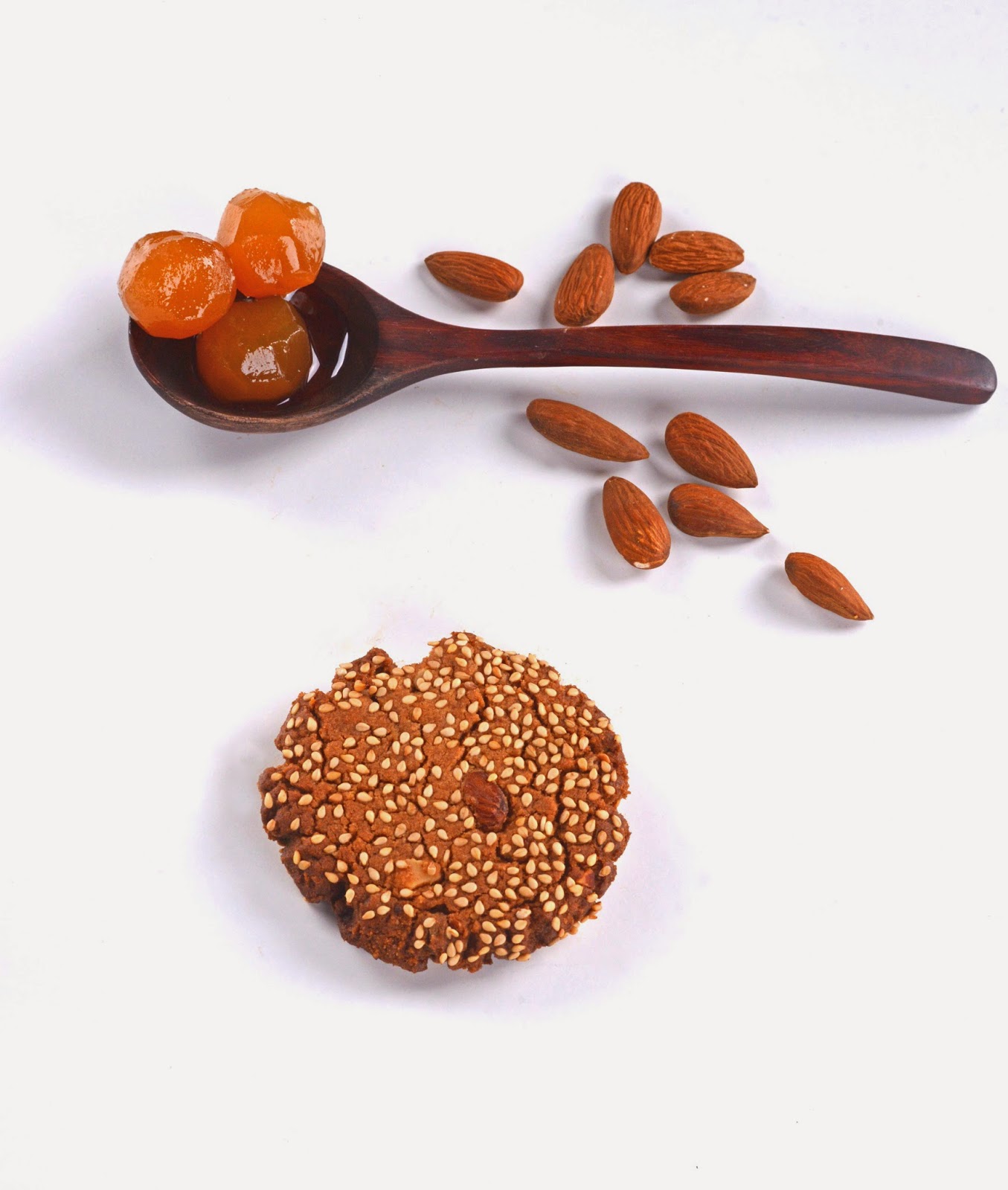 Episode six of Girls shows in Ireland tonight and I've only got one cookie left. Perhaps I need to get baking?

*Some of you have expressed confusion about ginger nuts/stem ginger. They are pictured on the spoon in the photo above and are essentially preserved, candied ginger bottled in a sweet syrup. You'll find them for sale in an increasing number of supermarkets but I often find mine in Middle Eastern stores (where they are cheaper too).