All the goodness and none of the guilt

Anyone familiar with my eating habits will know how much I enjoy my sweet treats. Made with butter, sugar, chocolate and lots of billowing whipped cream; they used to be my reward of choice at the end of a long day or hard-working week. So how have I managed to cope now that I can no longer eat such foods?

At first I must admit that I sulked and simply avoided sweets altogether. I went from being someone who baked every day in the café to being someone who when my boyfriend asked me to bake a cake a few weeks ago couldn't remember where I had stashed my cake tins and baking ware!

I just couldn't get enthusiastic about baking without what I thought were the absolutely vital ingredients of butter, chocolate and cream. Nor could I muster excitement about what I saw as the 'fake' ingredients many people use as substitutes. Margarine instead of butter? Yuck.

But slowly I began to realise that there were other options and that's when I came across this recipe by Deliciously Ella. It seemed quick. It looked easy. It only had four ingredients, all of which are real and natural. It was surely worth a try.

My boyfriend liked it too and suggested adding some fruit. So I added some raspberries to the mix.
And do you know what? It was best of all. 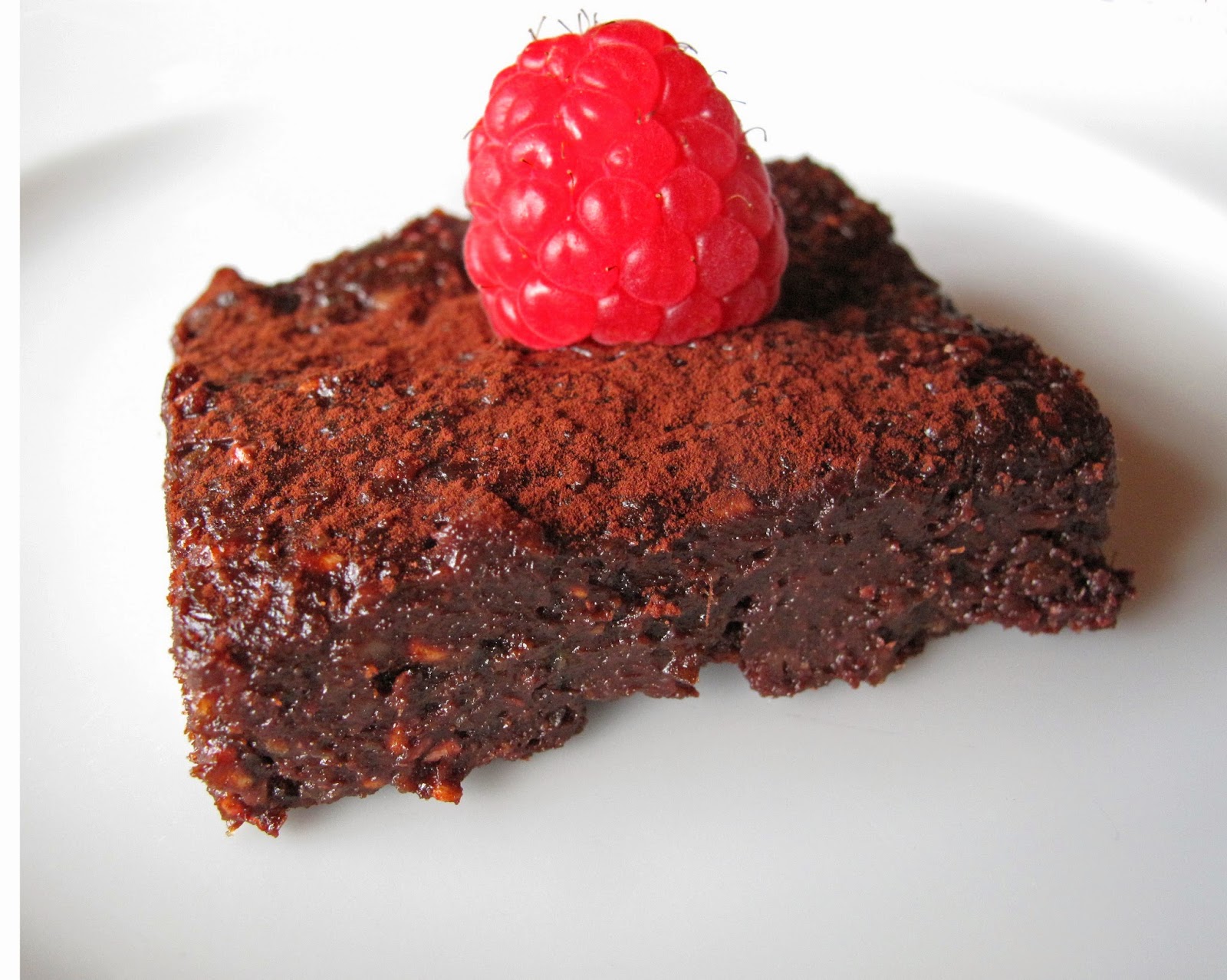 Try this. It's healthy. It's sweet. And most importantly, it's delicious. 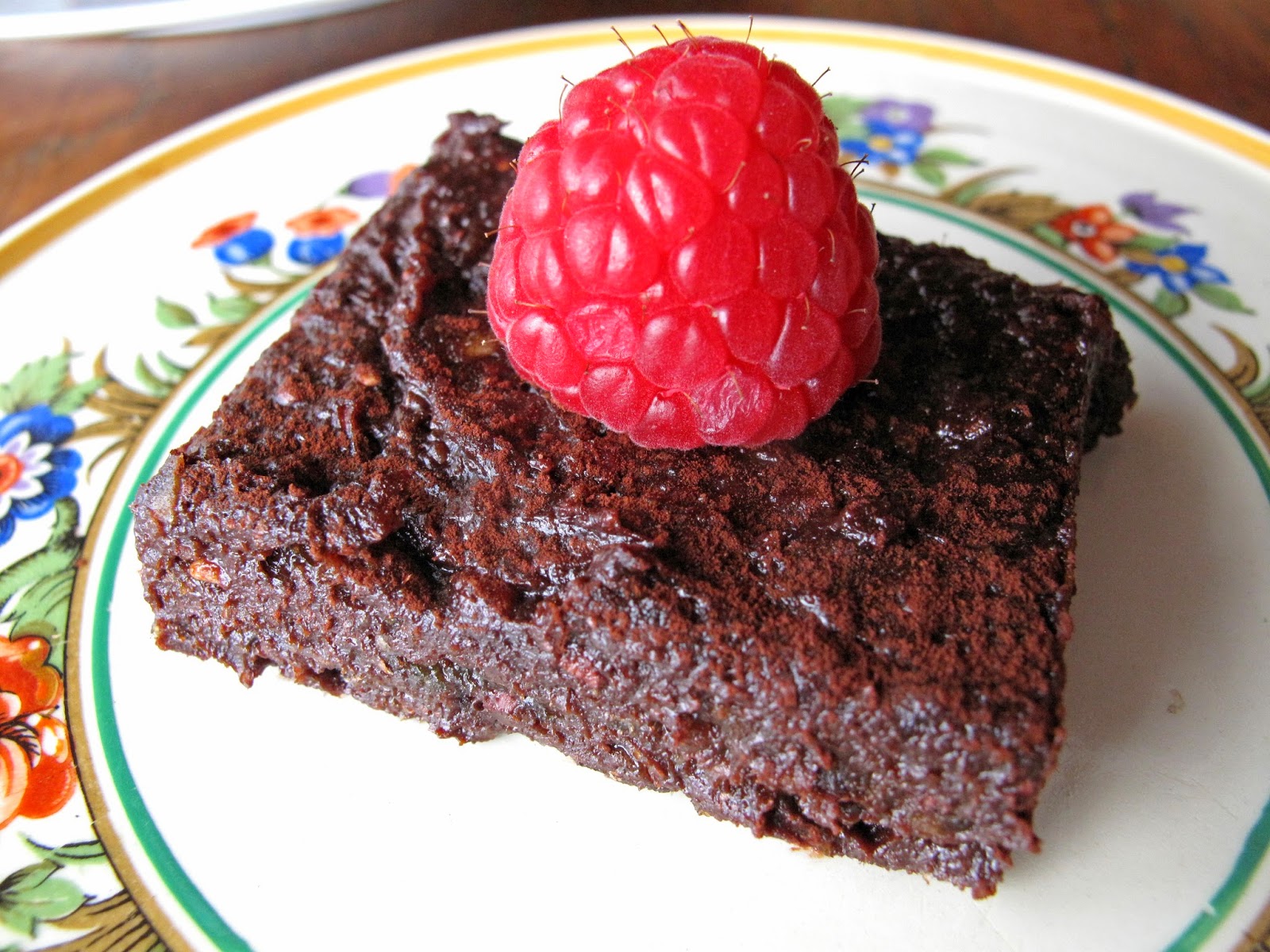 *Cocoa nibs are cocoa beans that have been roasted then separated from their husks and broken into small pieces. They do contain some saturated fat – which is what I have to minimise as part of my OMS diet – but it is much lower than that of finished chocolate and because cocoa nibs are unprocessed, the fat is safer for me too. Others following the diet may prefer to avoid cocoa nibs altogether but I need my occasional chocolate fix – even if it does come with a little guilt! Those of you following a less restrictive diet than I do can eat this with no guilt at all!

Addendum 09 June 2014: I made these last week and because I knew I wasn't going to eat them all in one go (not even a chocolate fiend like me could do that!), I put the cut-up squares in the freezer. Going back for a chocolate fix this weekend, I discovered that this made them even more delicious. They don't really freeze; they just become a lot firmer. And if you give them a minute or two to warm up (really, you don't need to wait longer than that), they become melt-in-the-mouth delicious!